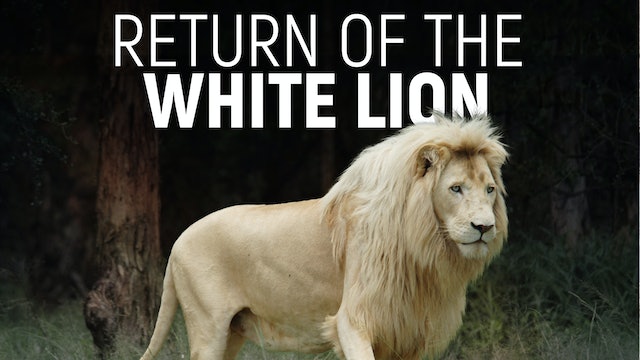 Return of the White Lion

White lions are rarer than the legendary snow leopard of the Himalayas and they occur naturally in only one place on earth - The Timbavati Reserve in South Africa. But very few white lions have been witnessed in the wild over the past decade. Today, most white lions are born in captivity. Their rarity and beauty has condemned them to a destiny where they have become curiosities and hunting trophies. Their future as a wild species is now questionable. But there are people trying to change this - the local Shangaan tribe has revered white lions for centuries and with the help of Linda Tucker, head of the Global White Lion Protection Trust, a carefully planned release project is underway which will see the first four white lions return to the wilds of Timbavati. Some scientists and conservationists question the merit of such a venture and fear its consequences. Mainstream conservationists maintain that white lions are of little scientific conservation value and that they struggle to survive in the wild because of their lack of camouflage. On the other hand, big cat specialists point out that the original Timbavati white lions came from hardy stock that had lived in the wild for many years. Caught in the middle of this controversy, a white lioness and her three cubs await their fate. They will be the first captive white lions to be released back into their endemic range. Their journey is filled with challenge, controversy and tragedy. Will they adapt and silence the critics, or will they fall victim to the perils of their wild homeland?